Last week I was contacted by Specialized to come to their headquarters in Morgan Hill to come chat and take a tour of their facilities. I wasn’t too sure what to expect honestly. In the email conversations all they specified was that we would be chatting and taking a tour of their facility. I had not stepped foot in their HQ since 2009, so I was obviously excited.

It was a rainy Thursday morning when I got to work in San Francisco. For the past few weeks I have been doing my new daily commute of taking CalTrain from Gilroy to San Francisco and then taking CalTrain to San Jose after work and riding the remaining 21 miles to Gilroy. On this Thursday I locked my bike up like I had multiple times before. I had a couple of assumptions. First, I never had any issues locking up my bike at work since the bike rack was wedged between our building and Charles Schwab building. Why should today be any different?  Second, I figured since there were two cameras pointed at the racks no one would really try to steal a bike in such a high traffic/high visibility site. With these security measures why should I use the bike cage in the garage of the building?

A Weekend With Skratch Labs Matcha+Lemons

If you’ve ever ridden with me you know that I like to start my rides with a cappuccino. During the week it’s usually matcha that keeps me going at work, though. Matcha tends to give me a longer lasting energy rather than the jolt of coffee that leaves me hunting another cup when I crash.  When I heard Skratch Labs was releasing a product with matcha I knew I wanted to give it a try, and thanks to a quick order by Cykel I had some to sample.

Over the weekend I went to Gilroy to visit the family, do some riding, get my head on straight again, and to see how the drought has had an effect on the area. Living in San Francisco it’s often times hard to remember that we are in a drought because everything is so green around us and there is no mandatory conservation. Gilroy, however, has very little to no water and have had mandatory water conservation, with a $500 a day fine, in act since August 1st. Gilroy is also a major farming community so it’s interesting to see all this dry land and then ride by moist fertile farmland with sprinklers shooting out water without a care in the world.

Cycling, food, and beer. If you don’t thinks these three things go together like peas in a pod then you haven’t ridden yourself to the point of being completely drained. If you have, and you know the horrendous feeling of a bonk, or the magnificence of a cold beer after a hot ride, then this post is for you! For too long of a time I have forced gels, and dense protein bars down my throat during rides to keep me fueled. I say “forced” because these unappealing foods made eating while riding a chore and something I would tend to forget out until it was too late. I was tired of this and slowly started going back to “normal” food, food that I could easily make and would look forward to eating. It started with just bringing a banana and a Nutella sandwich, but then I saw Skratch Labs was releasing a second book all about portables. I got on the preorder, and as soon as the book arrived I was excited and immediately wanted to make something. 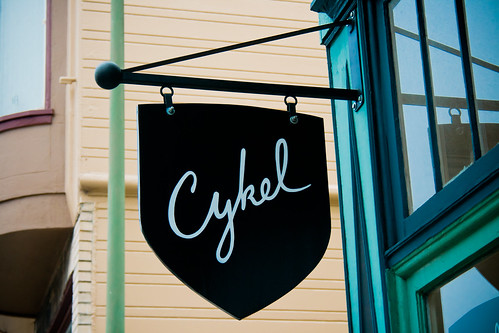 Where do I go when my bike needs a tune up? Cykel. It’s one of those bike shops in San Francisco that’s tucked away in a small space that you would miss if you didn’t know what you were looking for. The shop has a wide selection of Focus bikes which is what originally drove me to start taking my Focus bike there. They have deep knowledge and passion for what they do, and it shows in everything they do from the shop layout to detail that they take in making sure your bike is fit 100% correctly.

Labor day was last week and with labor day came the Giro di San Francisco.  I took this as a chance to catch my first women’s pro race, and to cheer on some friends in the men’s categories. All in all it was a fun day getting some pictures and talking to some fellow cyclists. My buddy Matt even put together a little video of the event!