Getting Dirty With Valence Bicycles

Two weeks ago, while I was in California, I had the opportunity to test a ride from Valence Bicycles and chat with Shawn the brains behind it all.

From what I could tell on the internet it was a bike with race-like geometry that could accommodate 32mm tires and had disc brakes. I figured a typical “gravel grinder” but looks are deceiving, and the cover of a book rarely tells its story.

I woke up early Thursday, packed my gear, hopped on BART, and headed to Berkley to meet with Shawn. Meeting “Internet Friends” in the real world for the first time is always awkward for me, but Shawn was so stoked to chat about the story behind the bike that I quickly forgot we had never actually met before. 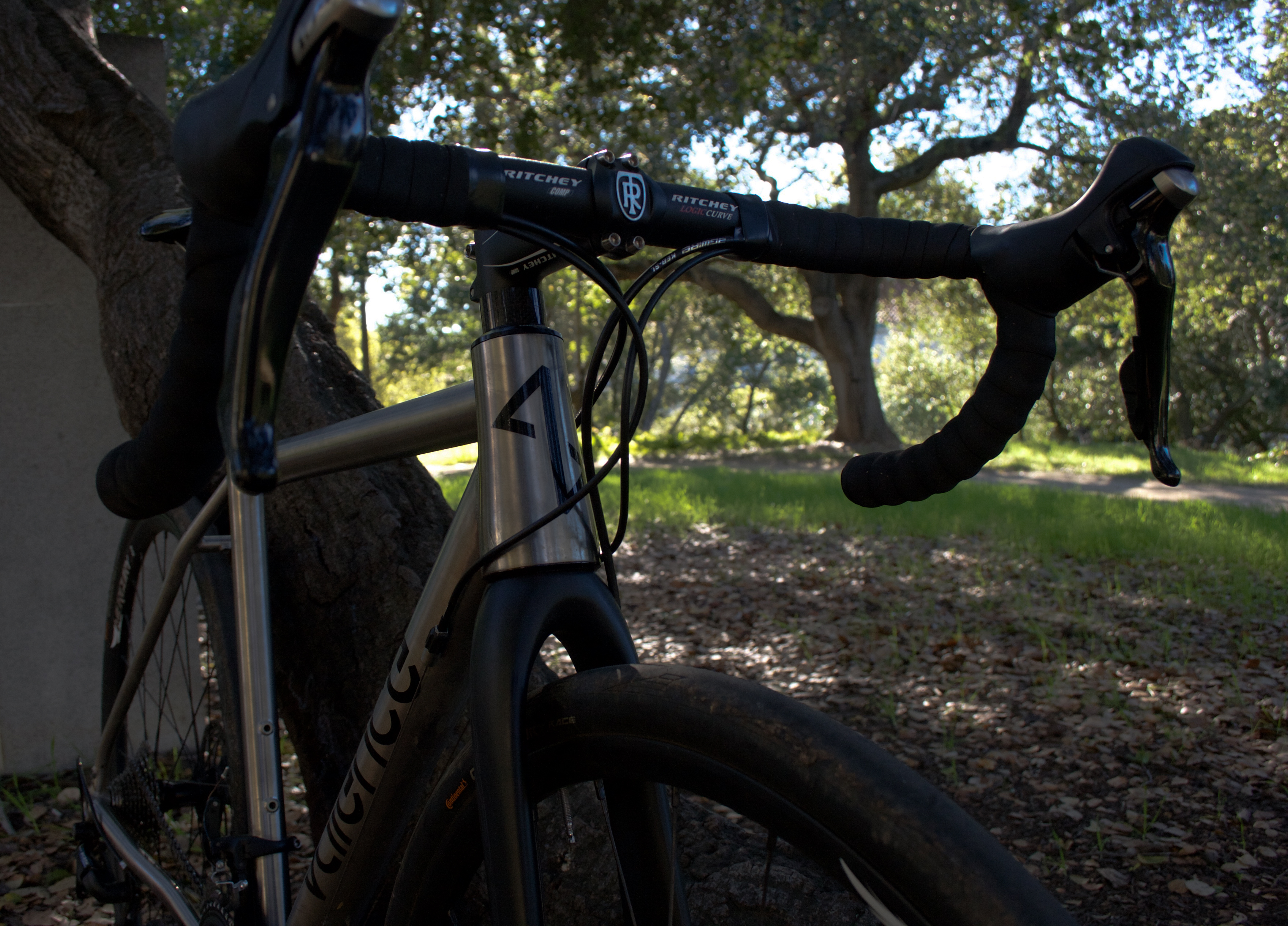 After talking for a bit I learned that, even though the Road+ is the first product in the Valence line of bicycles, it is not the “soul” of the company. The bike that Shawn is really excited about is an electric bike that is still in development. Shawn explained how the Road+ is more than a road bike for dirt. He envisions it as the bike you feel so comfortable on it’s the only bike you need, and because you’re so comfortable on it you will know exactly how it handles if you decide to race on it. This is the bike that you can run errands with, and with its extra wide tires and disc brakes have extra comfort when dealing with potholes and sudden stops. Then, show up the next day at a crit and know that the titanium bottom bracket will hold up and transfer your power without any loss.

The reason behind the “one bike” concept is that Shawn just wants to get people riding. He told me that not too long ago he had a health scare that he is still recovering from. This forced him to step away from racing and made him think of how he could still be a part of the bike world. When he releases the electric bike in the future Valence bikes will come full circle.

Shawn sees the electric bikes as a means to get people exercising and giving them the confidence that they can ride even if they get tired. For him it means the ability to ride with his friends without overexerting himself. If people decide they are ready to make the plunge from electric-support to fully self-supported Valence will be there with their Road+ to help ease them into that realm. 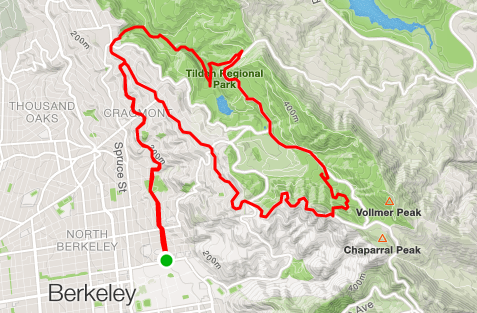 At this point I was pretty stoked after hearing the story behind the bike and the company. I think Shawn sensed it as well and suggested we kit up and ride. As we rolled out I kept commenting on how comfortable it was and how it felt like I already knew how it handled. Shawn kept saying “It’s because you do, it’s a race bike geometry.” and he wasn’t joking. The more I rode the more I realized that it really did have a geometry similar to my bike, yet thanks to the wide tires and titanium frame felt much more comfortable and forgiving. As we reached the top of the climb we got to a dirt path where Shawn said, “Bikes aren’t really allowed here, but just wave and it’s chill.” I took his advice and we were off.

If you take a look at the Strava route from that day you can tell we went downhill, and fast. Even with the slick tires the Road+ handled the bumps and steep descents well. Things got a little hairy on some slick mud, but if I had some knobby tires it would have handled that with ease. I was generally surprised and how well it handled off-road. I’ve been known to ride my fair share of gravel on my Specialized Allez, but with the addition of the disc brakes felt like I could descend faster without fear of locking up my rear wheel. 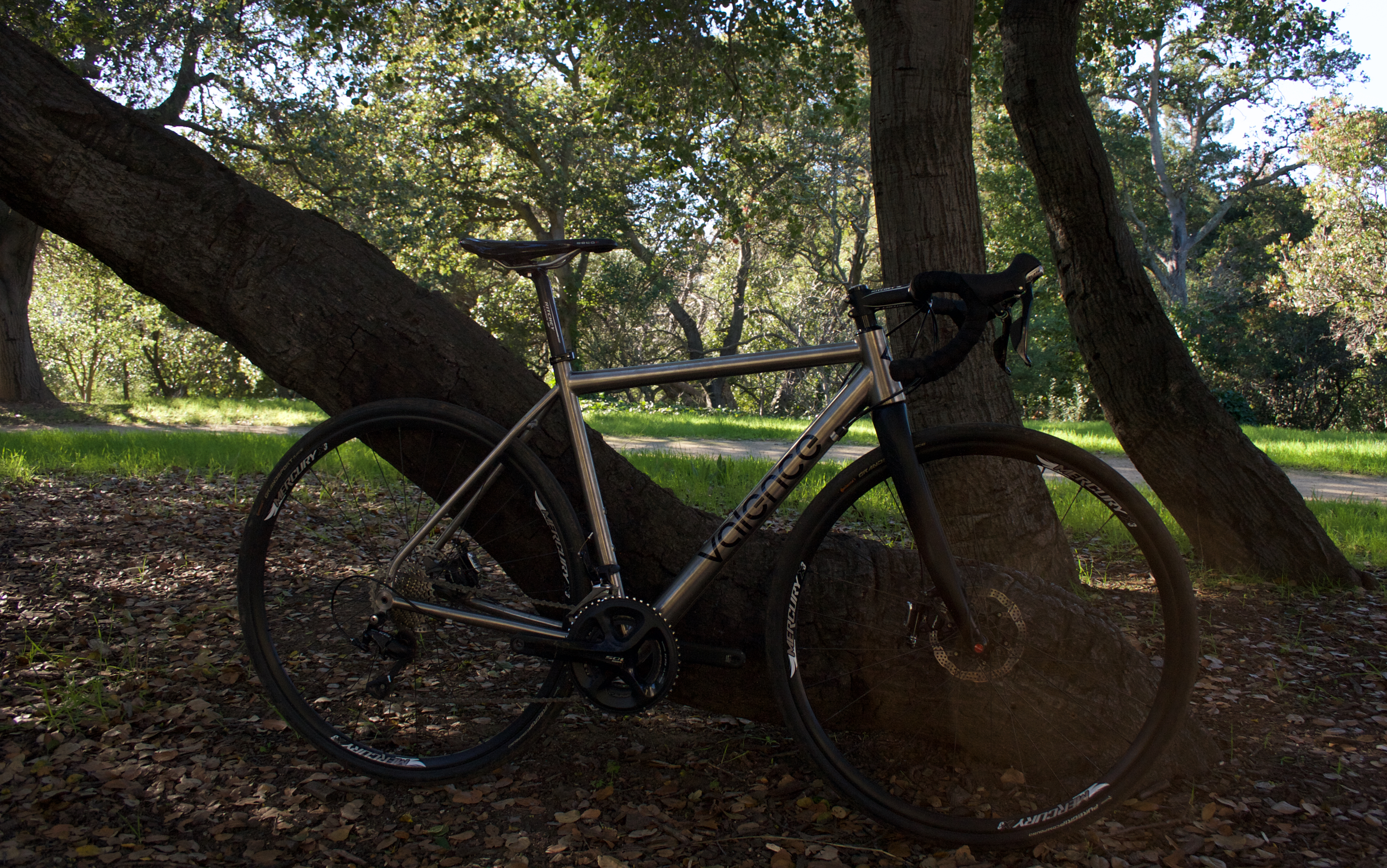 After some well deserved pizza, I hadn’t eaten anything up this point, I made my way back to San Francisco with images of dirt trails flowing through my mind. Was this bike a gravel grinder? Sure. Is it something more with a story to back it up? You better damn well believe it. If you’re looking for a new bike, one that isn’t your typical commuter bike or your typical race bike, then look no further. Looking for something a little more custom? Valence has you covered as well since they now do custom geometry on their frames. At the end of the day I enjoyed the ride and find myself really fortunate to have met Shawn. His vision for making bikes more accessible and getting everyone moving falls perfectly in line with everything Wheel Talk is about. I wish him nothing but success in the future!