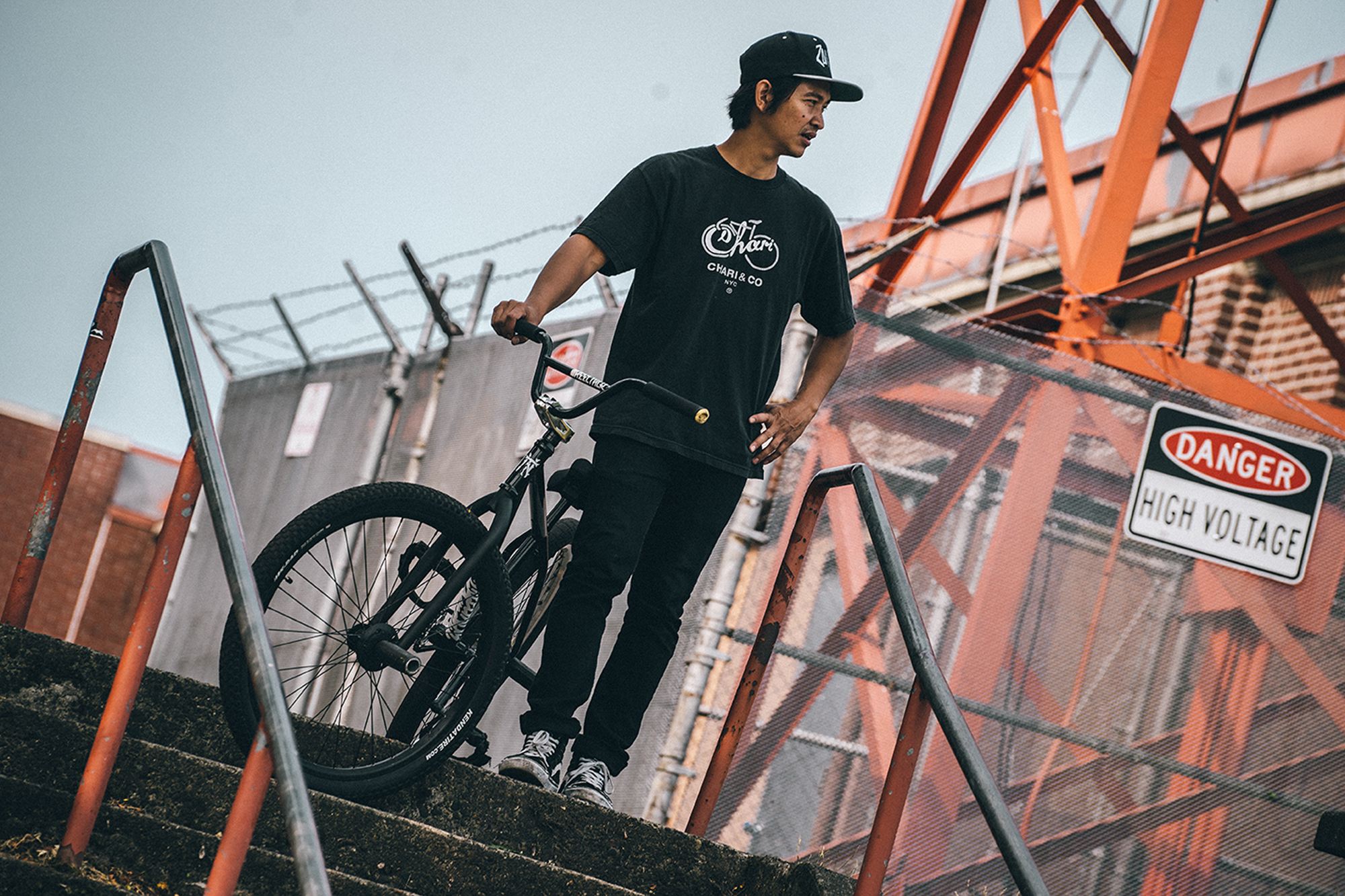 Jaoa Danaikrit has been a part of the Wheel Talk family for a long time now. He’s originally from Thailand, but he’s lived a very nomadic lifestyle staying at our house periodically over the years. Or however long his travel visa would let him. We’ll write more on our brother Jaoa later, but for now enjoy some of these older videos and be on the lookout for a new one dropping later this month. (July 2019)

Last summer we went on vacation to Germany and visited our good friend Jaoa Danaikrit. We basically grew up riding FGFS together and he used to come live at our house for 3 months out of the year. This time the tables have turned and Jaoa was the one playing host. He showed me around his new hometown in Dusseldorf and we stacked clips at every spot along the way. It always amazes me the things this dude can do on two wheels.

Everything is better with friends and Jaoa Danaikrit is one of my closest homies. He’s like a brother to me and basically lived in Portland as long as we did. He’s a genuine force of positivity and an absolute pleasure to be around. We were able to create a handful of videos together while he was here, but this might be our favorite creation yet. I’ll stop talking now, press play, enjoy and as always, shout out to Jeff Osborn for the soundtrack.

Jaoa Danaikrit is like a brother of mine and for the past few months he’s been staying at our pad in Portland. I’ve completely lost track of the number of times he’s come to live with us over the years. It’s always for like 3 months at a time. Anyways. The first we did when he got here was built up this bike from spare parts I had lying around the garage. He took to it immediately, and last month we shot this little weekend jammer over the course of well… 2 days. It’s been great having him here to film and search for spots with. I feel like I’m living vicariously watching him ride as I heal up. Hoping to be back up to speed soon so I can check a few things off my list before the Summer is up. Until then I’ll just make Jaoa hit things for the both of us.

The place: Portland. The purpose: Jaoa Danaikrit’s Birthday. The plan: To have a plan. For Jaoa’s 32n’d birthday we assembled the team in Portland for a weekend of good times. Devon Lawson& Anthony Combs came up from the Bay Area and Tadashi Nakamura is already here on Vacation for the next month. We cruised around downtown and caught some clips before going out to celebrate more later that night. I’ve been having a ton of fun shooting hyperlaspses while we film, and am stoked on how this day Jammer came out. Shout out to Devin Tolman for coming out to hang for a bit & Jeff Osborn for the tunes.

Wheel Talk Welcome’s Thailand’s very own Jaoa Danaikrit to the Team. Filmed in the Bay Area during his first stay with us back in 2013. This video was removed from vimeo so we’re retroactively reinstating it here in hopes that it sticks. Jaoa is like a brother to me and I’m glad we’ve had the chance to travel and spend as much time together as we have. Truly thankful to have friends like this.