With the year coming to a close, I just wanted to take a second to take a step back and honor some of the amazing work that’s come out this year. I compiled a quick top ten of some of the videos that stood out to me and were truly memorable. Really looking forward to seeing what the coming decade has in store. Have fun, watch these, then go ride jah bike. ✌️

NO.1 – Elliott Milner – Directed By: Matt Spencer
For a memorable use of diptych broll throughout and a soundtrack that’ll make you cry every time. Even watching it now while writing this brings a tear to my eye. This video is truly beautiful and if you were ever into riding FGFS I’m sure you’ll agree.

NO.2 – Dosnoventa – Genesis – Directed By: Gasser Brothers
For making movies that take you on a journey. The cinematic quality of everything Dostnoveta makes is next level.  Everything from he quick cuts to the different camera types stitched together, this video is worth another watch.

NO.3 – Strangers – Directed By: Mike Schmitt
For use of found footage and analog artifacts. After picking up an old JVC VHS camera, Mike transcoded the footage we shot onto a S-VHS tape, then recaptured it and edited this video. It has that warm analog feel to it and really ties the clips together considering they came from 3 different cameras.

NO.4 – Chase Davis – Fixed Gear Tricks – Directed By: Jackson Bradshaw
For bringing FGFS tricks to the aluminum bike arena. Chase Davis’ bike control is outta control. So many hitters in this. Shoutout to Jackson for making track bike videos feel like skate edits. Loved all the locations and backdrops throughout and the aerial shot of the trick on the FOAD tag was priceless. haha. Great tag team effort by these two. I’d watch many more of these.

NO.5 – Hotline – Marco – Directed By: Terry Barentsen
For innovative use of anime broll and rich color. It was really fun to watch Marco take us on a tour of Tokyo on two different bikes.  The color grading, and pacing were perfect in this one, and I loved the evolution of the two different sections.

NO.6 – NYC Bike Life Trip – Directed By: Jake 100
For putting on for the bike community in NYC and taking us along for the ride. The music fits the vibe perfectly in this one. Not to mention New York looks hard as nails during the winter. And was that the start of Monster Track that I saw? Anyways, Jake is out here in SF right now and has been filming like mad so keep your eyes peeled for another hitter coming your way.

NO.7 – Cloud Tape Volume 1 – Directed By: Deacon Wong
For endlessly good vibes that make you wanna call up your friends and tell them that you love em. This video was really fun to watch. I felt like I was hanging out with everyone, and was stoked to see so many familiar faces and quick cameos. All shot on VX. It’s great seeing a concept project. One camera to rule them all.

NO.8 – London 2019 (Alternate Edit) – Directed By: Icarus Fixed
For melting our faces with an alternate version to a video they released earlier this year. I’m particularly fond of the soundtrack, and it’s perhaps a blessing in disguise that the first version was flagged because of song selections. You don’t hear music like this in videos very often and for that reason this one stuck with me. The BW was a good call and I loved all the skatepark shredding.

NO.9 – AM / PM Kubo Bruch – Directed By: Zavodnov Productions
For taking bikes off pavement and filming track bike tricks on dirt. Loved the different sections to this video and the level of riding is really high. The man’s got moves. You don’t see track stand tricks all that often and the ones in this video looked mad difficult. I don’t know anyone who’s got it like that.

NO.10 – The Green Video – Directed By: MASH SF
For use of setting and contrast to what they usually make. Technically this video was released before this year, but was uploaded to their youtube so for that we let it make the cut. Filmed in the hills of Hollister / Gilroy we shot this in the part of California I grew up in and it really comes to life once all the hills turn green. It’s the place that they shot the Windows98 background and it’s definitely worth another watch. Gunna have to get out there and film something like this again. 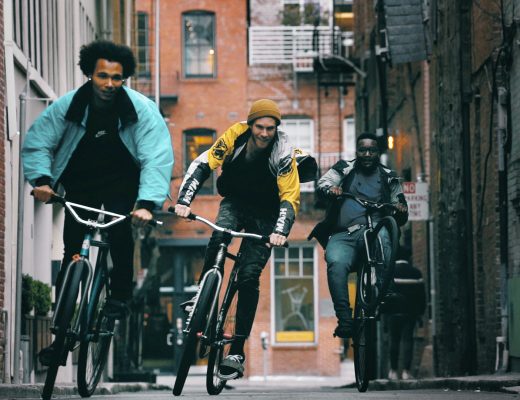 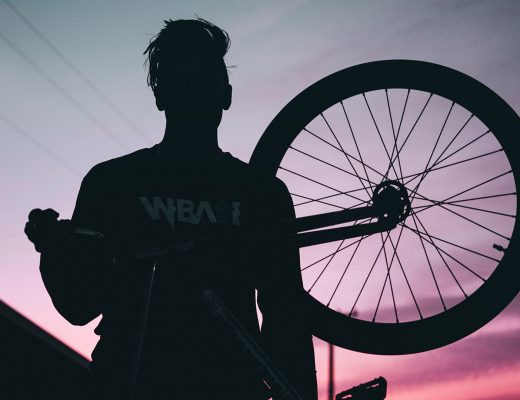