What started out as me linking up to ride with Christian Shultz turned into me trying to get a group ride going at the last minute. I didn’t expect much of a turn out. In fact I didn’t expect a turnout at all, but I figured this was as good a chance as any to at least get the ball rolling on the whole idea. I want to get a more regular fixie meetup going here in Portland. Especially as the days get longer the countdown to summer begins.

We met up under the Burnside bridge, I let Ernie outta the bag to take a quick poo. After which he felt lighter in my backpack. We cruised around downtown for a hot minute make more stops than miles ridden. I caught a bunch of great photos of both Christian & Ryan Jennings’ track builds. I’ll have a bunch of photos of Ryan’s bike coming real soon, so keep your eyes peeled. Somehow we managed to stumbled across the Women’s March right as it was beginning it’s walk through town. I jumped into the mix and caught a couple quick snapshots of some of people in the crowd. The Trump & Putin sign was definitely a fan favorite. Portland loves to protest. We’ll have to get another one of these rides happening real real soon. Aiming for the next week or two I’ll keep y’all posted. 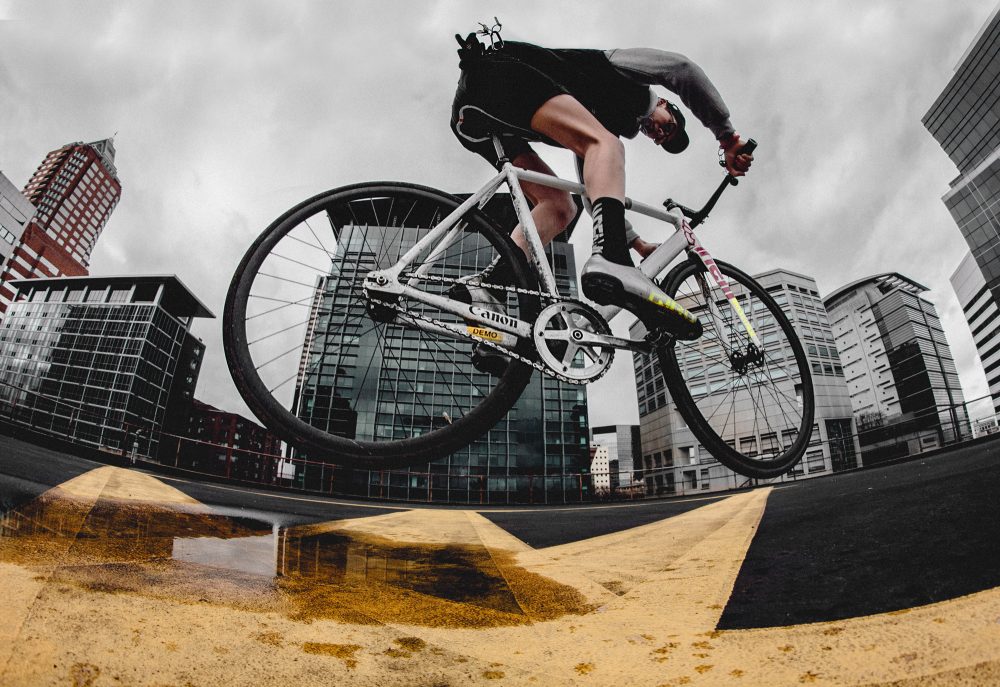